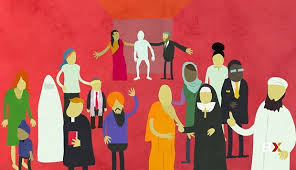 Chapter Eight
Is the enhancement of religious literacy a part of UUs mission?

When it comes to religions other than Christianity, Americans fare far worse. One might hope that US citizens would know the most basic formulas of the world’s religions: the Five Pillars of Islam, for example, or Buddhism’s Four Noble Truths. But most Americans have difficulty even naming these religions. In a recent survey of American teenagers, barely half were able to come up with Buddhism and less than half with Judaism when asked to list the world’s five “major religions.” Far fewer could name Islam or Hinduism. According to Harvard religious studies professor Diana Eck, “Christians in the United States are pretty abysmally ignorant about the religious traditions of the rest of the world.”10

One might think that given the Unitarian Universalist’s profession that the third of the six identified sources of their “living tradition” is “wisdom from the world's religions which inspire us in our ethical and spiritual life”  most UUs could name the five major world religions and describe what each religion teaches about God, and some of their major practices and holidays. But the religious literacy of UUs is no better and some say  even worse than the religious members of other faith traditions.

To what extent is this deficit in religious literacy an indication of poor faith formation in Unitarian Universalist congregations?

What could/should UUs do to increase the level of religious literacy among its members or is this of little or no concern and relevance to what Unitarian Universalists consider to be their mission?