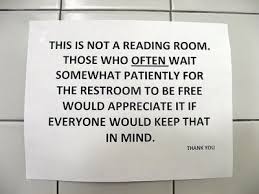 Unitarian Univeralism does not move people, does not have an ideological meta narrative that binds people together in a covenantal relationship that they claim is the foundation of their faith. And so Unitarian Universalism teeters on the brink of moral and spiritual bankruptcy.

Most Unitarian Univeralists can’t tell you in any coherent way what it is that their church stands for, what its mission is, and what its vision is for the future. It is this moral failing that results in a feeble and frail tradition. Where are the modern day heroes and saints? Where are the modern day narratives that describe inspiring and courageous work. UUs laughably are better known for their quibbling in committee meetings over arcane issues than in carrying out a viable mission to achieve an inspiring and uplifting vision.

The lack of an inspiring and motivating ideological narrative while morally deficient in itself, is also further demoralizing because of the lack of recognition and efforts to rectify the situation.

If Unitarian Universalism is a path to salvation both individually and societally, how does it work? This lack of explanation is a dereliction in duty and an example of the sin of acedia which in everyday language is “not really giving a shit.”

The moral problem is best summed up as “shit or get off the pot.” People can sit on the pot longer if they wish, but to claim that they are the yeast in the dough, the light shining in the darkness, and then not to act on these claims is to lie to oneself and to others so that one can rest in comfort and not be bothered to help make the world a better place by perfecting oneself.

The lack of a sense of the sacred, a Higher Power that is beyond the individual ego, sabotages and deflates the power that could be generated when Unitarian Universalism is often presented as nothing more than another profane civic organization like Rotary, Kiwanis, and the Lions. It is this lack of appreciation and empowering of the sacred that leads to acedia which is Unitarian Universalism’s great sin.