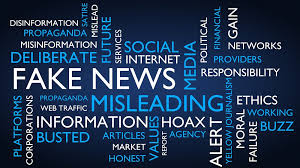 From “Lie Machines: How Governments Are Using Tech To Spead Misinformation About Covid-19” by Hope Reese, One Zero, 05/13/20

Lie machines are on the rise — they’ve been built to undermine our faith in society’s key institutions and to encourage citizens to question authority. Lie machines have helped swing elections and sow discontent. And now they’ve been tuned to abet authoritarianism during the coronavirus crisis.

“It’s about doubting institutions that have performed pretty well for a long time, like national health care systems and professional news outlets,” says Philip N. Howard, the director of the Oxford Internet Institute. Howard is the author of the new book, Lie Machines: How to Save Democracy from Troll Armies, Deceitful Robots, Junk News Operations, and Political Operatives, which has taken on an urgent new relevance as states and political actors try to influence the perception of their response to the pandemic.

Howard defines the lie machine as “the social and technical mechanisms of putting an untrue claim into service of ideology,” composed of three parts: producers of lies, such as political candidates; distributors, such as social media platforms like Instagram; and marketers, such as political consultants. In the age of Covid-19, the lie machine is working to undermine trust in institutions like the World Health Organization, pushing a narrative that scientists and experts should not be trusted. And this, Howard argues, has worrying implications for global health

The rise of conspiracy theories and the malicious spread of disinformation whether the topic is Covid-19, Climate Change, Vaccinations, Guns, government, integrity of public servants has become an epidemic of its own with toxic and deadly results for the common welfare.
Some might write off this creation, production, and dissemination of false information as the result of ignorance and gullibility but there is often something more sinister and evil in the intent and hoped for outcome of such corruption of community trust and understanding. For corporate organizations it has become a business model to garner more clicks and likes and views to enhance the covert collection of individual data and to increase revenue from advertising dollars.

The more sensational the more outrage is generated which results in audience attraction, engagement, and involvement with the news outlet and internet platform. Consumers have been captured and are encouraged to “like” and “retweet” and forward links and enable the disinformation to go viral. The consequence of this behavior is separation, division, “us vs. them” thinking and often has serious consequences for families, communities, states, countries, and the planet.

Satan has been called the “Father of lies” and Satan has plenty of children doing his bidding and sowing discord, animosity, illness, and death making earth a hell rather than a heaven.

Unitarian Univeralists covenant together to affirm and promote seven principles which are designed to create heaven on earth not hell. And while UUs mean well in theory, they contribute to the spread of disinformation and are just as subject to arousal to outrage and sensationalism as any other American maybe even more so because of their proclivity to social justice activities.

It does not do any good to argue with proponents of conspiracy theories because they often are delusional and tend to be paranoid. Such people need our compassion and understanding. They are filled with fear which causes their clinging to false information in a misguided attempt to create meaning from the frightening things in the world they are witnessing.

The three best things that UUs can do is to create a more constructive meta narrative to provide a model or frame of reference within which to understand the threatening perceptions of the frightening things in the world. Second to unmask those who would manipulate and maliciously create, produce, and disseminate false information in order to sow discord to slow the recognition of truth and maintain their positions of dominance. Third, to mitigate the negative consequences of utilizing false information so that health and wellness are experienced instead of suffering and death.

Are Unitarian Universalists up to the challenge? They may mean well, but they have a long way to go to recognize, acknowledge, and respond to the evil in the world which surrounds them. Their hearts may be in the right place, but now they have to develop the skills and competence to minimize and eliminate disinformation and conspiracy theories from our communities and society.