The Moral Unitarian Universalist - The cheerleaders vs the task masters. 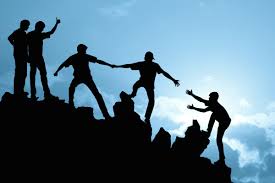 The cheerleaders vs the task masters.

In small group psychology these two kinds of leadership are called, “the task -  instrumental leader,” and the “social - emotional leader.” Usually these two functions are divided between two people, but rarely they are combined into a single leader who is called “charismatic.” The charismatic leader can both get the job done and also maintain group morale and cohesiveness.

Of the two functions which is most important for group success? It is the task - instrumental leadership. The path to hell, so the saying goes, is paved with good intentions.

Some sexists say that these two functions of leadership are gender determined in a patriarchal society with the male role being task - instrumental and the female role being social-emotional. These role assignments seem to be more the result of socialization rather than biologically determined.

In the moral domain, the foundational pillars that these functions of leadership rest on are fairness and reciprocity, and loyalty and self sacrifice for the good of the group. Unitarian Universalists talk a good game when they promote and affirm their second principle which is justice, equity and compassion in human relations, and their third principle which is acceptance of one another and promotion of spiritual growth in our congregations. When it comes to self governance, these principles are rarely enacted in a viable way and so congregations and the denomination continue to be very small and shrinking in relation to a percentage of the larger population in which they are ensconced.

There is a place for rejection and abandonment when situations contain violence and great harm, but when they are merely uncomfortable due to disagreement and the egotistical need to be right, walking away and shunning people and exiling them is immoral.

The bottom line is captured in the slogan, “Keepin it real.” Pretentiousness, sycophancy, and false praise and appreciation are the path to hell.