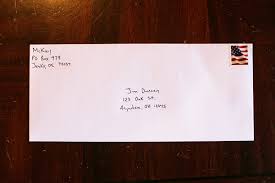 It’s been quite a month in Hilton, NY where Harry Hollywood has been practicing a digital media fast. Harry has vowed to stay off of his smartphone and social media platforms for a week. No instagram, no Facebook, no scrolling the web for distracting and entertaining attention stealers like YouTube, Pinterest. Harry was shopping in Tops where he ran into Elmer Sandbagger who growled at him, “Why didn’t you answer my text?”

Harry said, “Oh, hi Elmer. How are you? I’ve been on a media fast for a week. I haven’t been doing texts this past week. It’s been hard but now a sense of peace and calm has come into my life which is quite comfortable.”

“Media fast,” said Elmer. “How the heck is anyone supposed to get in touch with you?”

“They could call me,” said Harry.

“Nobody does that any more,”said Elmer. “This media fast business seems like a bunch of hooey to me.”

Roy Christian came down the aisle having heard the conversation and said to Harry and Elmer, “Fasting is a religious practice engaged in by many religions. Us Catholics have a number of fast days. Thank goodness we don’t have to abstain from meat on Fridays any more.”

Jennifer Golddigger came walking up and said, “Hey if my family didn’t eat meat on Fridays I could save $20.00 on my grocery bill and buy me some more lip gloss.”

Roy said, “The problem, Jennifer, is that with you it's always about money. We’re talking about spiritual well being here.”

“Roy,” said Jennifer, “you just don’t want people to be happy so you tell them to sacrifice things to get to heaven faster and not spend so much time in purgatory.”

Ted Marketer walked up and the aisle was getting pretty crowded and said, “That’s a tough sell trying to get people to give things up. If you’re going to sell that you better have plenty of incentives and rewards.”

“None for me,” said Elmer, “but I’ll bet Barb Golden could come up with one.”

Barb who was in the next aisle over hollered over the top of the shelf, “I heard that! How about a sleeping baby all innocent and peaceful.”

Ted said, “Yeah, that’s great. I could work with that.”

Jacob who was in Barb’s aisle said, “I’ve not been sleeping well lately. You think I should turn off my screens?”

Harry walked over to the next aisle with Barb and Jacob and said, “Great idea, Jake. It’s helped me sleep better and have more relaxed, peaceful days. Sometimes you have to give something up to get something. Some people call it purification, and the Buddhists call it detachment.”

And that’s the way its been this month in Hilton, NY where Harry is on a media fast, Elmer is frustrated that people don’t respond to his texts, Jennifer wants meatless Fridays so she can use the grocery savings for cosmetics, Ted is trying to figure out how to sell peace and quiet, Barb wants to sleep like a baby, Jacob is thinking about giving up his screens before bed time, and Barb and Harry have a mutual understanding which has enhanced their rapport and friendship.

Email ThisBlogThis!Share to TwitterShare to FacebookShare to Pinterest
Labels: Letters from Hilton NY