Letters From Hilton, NY #6 - Mindfulness - What do ya think? 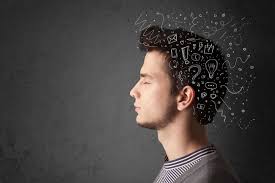 Letter #6
Mindfulness - What do ya think?

It’s been quite a month in Hilton, NY where Harry Hollywood has been reading books on mindfulness and trying to be less reactive and feeling so much like a victim. Harry was over at the coffee corner in the Hilton pharmacy where he ran into some of his friends. He was telling Barbara Golden about his attempts to meditate and Barb said, “That’s wonderful Harry. I meditate every day and it calms me down. I find my day goes better when I am more centered.”

Ted Marketer overheard what Barb told Harry and said, “They are opening a new yoga and meditation studio down the street where you pay a monthly fee to take their classes like you do at the gym. I’m selling memberships if you are interested.”

Jennifer Golddigger heard this from an aisle over in the store and came over and asked, Ted, “How much?”

Jennifer said, “How about I teach a class. Would I get a discount?”

“Good question,” said Ted, “I’ll talk to the director and see if I can work out a deal for you.”

Roy Christain, sitting at one of the tables in Coffee Corner, called over to the group, “I didn’t know mindfulness was for sale.” It wasn’t  a question but a statement of mild contempt and disdain.

Elmer Sandbagger walked into the conversation and said, “Roy, you should know by now that everything is commodified and for sale. Otherwise no one in this materialistic dump pays attention.”

Jacob, who overheard the whole conversation being at work that day at the counter at Coffee Corner said, “Mindfulness involves doing a life review, a personal inventory, which leads to confession, and in the middle ages the Catholic church sold indulgences for time off in purgatory after a person died which lead to Martin Luther instigating the protestant revolution.”

“Hell’s bells,” said Barb, “This has turned into quite a conversation. All I’m saying is that I like meditation because it calms me and I think Harry would benefit from developing a mediation practice.”

“Gaze at your navel,” said Elmer and snickered.

And that’s how things have been going in Hilton, NY where Harry is beginning a mediation practice which Barb endorses and supports. Ted is trying to figure out how to market the practice and cut Jennifer in on the deal. Jacob connects mediation to life review and confession and points out how easily the practice can be corrupted and Roy is disgusted by the attempts to commercialize spiritual practices. Harry, though, has already experienced more peace and joy in his life from his fledgling efforts and in his own mind makes a commitment to continue.

Email ThisBlogThis!Share to TwitterShare to FacebookShare to Pinterest
Labels: Letters from Hilton NY