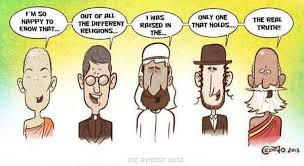 “IT’S IN THE BIBLE!”
This statement is often used to justify a claim or argue a point by those who see scripture as a stable and reliable source of values in a time when social mores in the wider culture are shifting rapidly. On the other hand, many of those who are hostile to the idea of scripture say that it has been used as a weapon against their beliefs or identities.
It’s easy to assume that scripture inherently requires its adherents to believe that there is only one possible truth and that this truth is known. But even a general overview of how scripture evolved in some traditions shows that some communities encourage a flexibility of interpretation.
Johnstone, Jonalu. Scripture Unbound: A Unitarian Universalist Approach (p. 13). Skinner House Books. Kindle Edition.
People called “fundamentalists” in any religion usually regard their scripture as to be taken literally at a very concrete level. The text is considered to be the revealed and authoritative words of their god.
Others take a cafeteria or buffet approach to scripture and like panning for gold they look for nuggets of wisdom to confirm their biases and to enlighten their perspectives. Scripture is open to interpretation and one person’s interpretation may be taken as good as any others.
Many people regard religious texts, even those they regard reverently as sacred, as being symbolic, metaphorical, and laden with many meanings from the superficial gloss to the deeper and more hidden meanings.
There probably is no such thing as a fundamentalist Unitarian Universalist. We believe in the free and responsible search for truth and meaning which can easily be different things to different people. There are many roads to Rome and many ways to skin a cat. As Francis David said, the Unitarian Founder back in the sixteenth century we need not think alike to love alike.
Jesus says in Matthew 11:15 - “He that has ears let him hear.”
In the East there is a saying that when the disciple is ready, the Master appears.
Unitarian Universalism is a religion for only mature people who are secure in their spiritual development. The God of Unitarian Universalism is too big for any one religion and so UUs seek and they will find, when they are ready, the message that the Universe is sending to them.
Posted by David G. Markham at 9:36 PM