Religion in the public square - Corruption 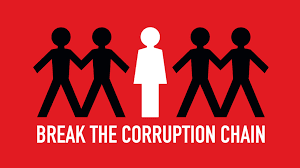 But the neat gimmick has been that by stopping any possible grand and costly new federal projects and programs (successors to beloved Social Security, the GI Bill, interstate highways, the space program, Medicare), the evil geniuses since 1980 have also kept citizens skeptical that Washington can improve their lives because what has it done for them lately?
Andersen, Kurt. Evil Geniuses (p. 348). Random House Publishing Group. Kindle Edition.Since the days of Ronald Reagan Americans show contempt and disdain for government programs unless they benefit from them.People love their Social Security, and Medicare, and interstate highway system, and putting a human being on the moon. They also like their regulated utilities such as electricity, water, and sewage treatment plants. They also for the most part like their police, fire departments, libraries, and schools.What federal programs do Americans hate? Bogus wars, desegregation, taxes, and of course, entitlement programs for anyone other than themselves.I am one of those few Americans who is happy to pay my taxes as long as the money is going for a good cause. The corruption exposed in the Trump administration is enough for any American to hate their government.  However, most Americans don’t really care about corruption. My congressman, Chris Collins, was sentenced to Federal prison for insider trading and my fellow Republican citizens here in Western New York re-elected him anyway and he was was just pardoned and sprang from prison this past week, and my fellow Republican Citizens in Western New York voted to re-elect the corrupt criminal President  in the White House who has presided and engineered much of this corruption.The problem is not, therefore, the corrupt behavior of government officials but the voters who elect them so they can appoint people with their corrupt value system.Why is it that Americans don’t seem to mind illegal and corrupt behavior and yet hold the government in contempt and disdain as a matter of ideological belief and yet support the worst elements of it?
Albert Einstein said that a problem can't be solved at the same level on which it was created. Taken seriously, this might mean that political problems of corruption cannot be solved in the realm of politics. This may be why Marianne Williamson believes that America's problems are spiritual and not political. Mother Theresa said the same thing.
The litmus test for policy decisions should be "is it the loving thing to do?"
Do you think government programs can be loving?
I do. I've worked in them. They were loving not because of the program in and of itself but because of the people who engaged in the key processes to deliver the services and help achieve the program goals.
We have people on this list who worked in government services of one kind or another and I would guess they performed their roles in a most loving way.
Thank you to you who have done this and continue to do this. You know who you are.
Unitarian Universalists covenant together to affirm and promote justice, equity, and compassion in human relations.
Posted by David G. Markham at 8:21 PM