A Course In Miracles Workbook Lesson #132, I loose the world from all I thought is was. 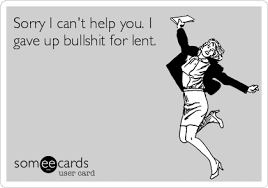 Lesson #132
I loose the world from all I thought it was.
Most people don’t realize they are watching the shadows on Plato’s cave wall. The world they see is an illusion born from projection. As Flip Wilson used to say when in his Geraldine character, “What you see is what you get.” And the follow-up question is “How is that working for ya?”
In Alcoholics Anonymous, in step two, it is suggested that we come to see that a power greater than ourselves can restore us to sanity. In other words, knock off the bull shit. Bull shit is not only not all there is, but it never existed to begin with. It is a figment of our imagination. Today’s lesson in the Course is to give it up.
In Unitarian Universalism we covenant together to affirm and promote a free and responsible search for truth and meaning and to eschew bull shit. Pursuing bull shit will never gets you anywhere. You might notice that the principle reads, “responsible” search which means that we no longer will pursue a search in bull shit. The human mind finds it so easy to project bullshit that we forget that bullshit is bullshit. We are encouraged today in this lesson to get real, to give up the search in bull shit.
Today it is suggested that we take fifteen minutes twice to set the bull shit aside and to look deeply into what’s real which is the Oneness of God experienced as Love.
My Kind Of Church Music
You Lie by Reba McEntire
Posted by David G. Markham at 12:02 PM