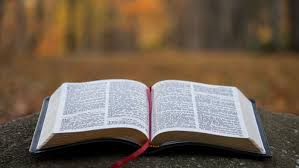 What makes a book scripture within its tradition? Religion scholars Ninian Smart and Richard Hecht struggled with this question as they created an anthology. Traditionally, the definition is through a canon, a definitive list of what books or stories are in, and what are out.
Johnstone, Jonalu. Scripture Unbound: A Unitarian Universalist Approach (p. 4). Skinner House Books. Kindle Edition.
In the Christian tradition the fights and arguments over the centuries about what texts should be considered scripture and which not is fascinating if one is interested in such topics. It is amazing how political this process is which often leads to schism and splitting with the dominant group declaring the people with opposing arguments and views as heretics. Some texts make it into the official canon as sacred while others are marginalized or condemned. This dynamic is observable in all faith traditions which promote a sacred text.
The argument for the dominant group often rests on the idea that the text is the revealed word of God and therefore the text, itself, is to be worshiped and respected as ultimate authority. Some would argue that this worship of text is a form of idolatry and the people making such a claim have made the finger the object of worship rather than the moon to which the finger is supposedly pointing.
What beliefs have you been taught about the ontological authenticity of scriptural texts? What beliefs do you hold now?
Editor's note:
You are invited to join our Spiritual Book Discussion Group. We currently have five members and our goal is to have 10 by the end of January, 2021. Will you help us spread the word?
Posted by David G. Markham at 1:40 PM