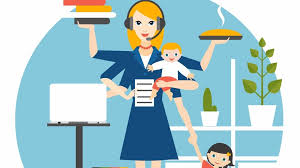 The UU mystic Harry Hollywood was at the UU book discussion group meeting where the group was discussing Jenny Offill’s recent novel, Weather, which got many rave reviews. About forty five minutes into the meeting one the members turned to Harry and said, “Harry, what did you think about the book.”

Harry smiled and said, “Let me read you my favorite part;

“I finally tried a meditation class. My knee was hurting so I sat on a chair. The mostly enlightened woman was there on a cushion. I’d wondered what happened to her. At the end, she asked Margot a question or what she seemed to think was a question. ‘I’ve been fortunate enough to spend a great deal of time in the melted ego world. But I find I have trouble coming back to the differentiated world, the one you were just talking about where you have to wash the dishes and take out the garbage.’

She was very pregnant, six months maybe. Oh. don’t worry, I thought, the differentiated world is coming for your ass.”

Harry started guffawing so strongly he could hardly catch his breath. A few of the other group members, looking scared, started politely laughing too.

“Ain't’ that the bomb,” said Harry? “It seems the differentiated world is always coming after our ass.”