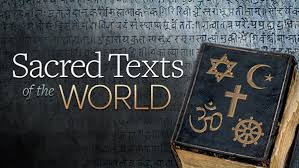 ANY LITERATURE or history teacher can tell you that texts are situated in the place and time they were written. The vocabulary, the genre, the structure, every aspect of a work is influenced by the time and culture of its origin—not to mention the author. While recent works may meticulously cite dates of publication, names of authors, and references, ancient works require detective work to unearth even these basics. That’s what historical-critical reading provides.
Johnstone, Jonalu. Scripture Unbound: A Unitarian Universalist Approach (p. 41). Skinner House Books. Kindle Edition.
In an attempt to bring some sense of authority to religious texts many scholars engage in a historical exegesis. When was the text written, by whom, under what circumstances with what sanction and certification and how was it used by the communities that embraced it?
Meaning is not a matter of fact but of interpretation which can change over a period of time, contexts, and influence of power relations.
Posted by David G. Markham at 7:00 AM