The Spiritual Child - Depression as a system's failure. 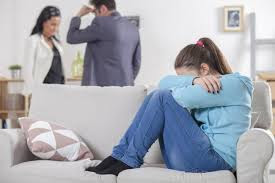 Depression as a system’s failure.
Spiritual community gives struggling teens the benefits of the expanded field of love or social engagement system, shared spiritual values, unconditional acceptance, and communal prayer and spiritual activity. As we learned in chapter 5, the tendency for mirror neurons to prompt synchronization between brains among participants during religious ritual in turn makes all participants more primed to experience transcendence. This means that teens’ potential for transcendent experience is enhanced by the group’s heightened neurodyanmic, a benefit for the developmentally depressed teen.
The field of love also emerges as a rich resource for the depressed teen and for adults in the tough position of wanting to help but feeling helpless to do so. Depression affects an entire family, after all—siblings included—with what I call “family bystander stress,” until the depression is acknowledged and named: “Ah, George is actually depressed; he doesn’t hate me.” “Telling Carla to ‘just look on the bright side’ may have no traction—maybe I could ask, ‘Is that the depression talking?’” “I wonder if you are depressed—is something troubling you, knocking at the door right now for you? There may be something valuable on the other side of that door.” Extended family, teachers, coaches, and clergy can often connect with a teen with deep empathy that helps the teen feel accepted, loved, and part of the “something larger” that has spiritual meaning.
Miller, Dr. Lisa. The Spiritual Child (pp. 295-296). St. Martin's Publishing Group. Kindle Edition.
We know that one of the six components of mental health are social connections. People who are depressed often withdraw and isolate and become cut off from social connections. People with depression often don’t have the energy for social connection. Sometimes the best thing is for people to hibernate and cocoon for a while. But then there comes a point where having a place to turn to or someone to turn to becomes paramount for turning the corner from depression to peace of mind once again.
What role does spirituality have in this recovery? It often is critical and very empowering. How is it accessed and utilized? Sometimes from parents and sometimes from friends and other times from authority figures representing various social institutions like school, sports, clubs, community groups, a clique, a gang. Rarely these days from church.
Young people in the 2020s have been turned off by formal religion and are as likely to say that they are spiritual and not religious as adults. Where has religion lost its credibility with young people?
Young people don’t see religious institutions as being relevant to the problems they face such as climate change, the job market, the digital economy, the hypocrisy which floods the media outlets hourly.
How are young people to spiritually cope with the insanity of society? Will any adults be honest with them or are they, also, a part of the big lie?
As kids are subjected to safe shooter drills in schools with metal detectors at the entrances and police in the hallways with every student now a suspect, how is religion relevant to the lives they live?
With the Travon Martin killer acquitted and Tamir Rice’s killer acquitted, can children and teens trust adults to be protective of their welfare?
Is it any wonder that the God of institutional religion no longer speaks to the lives of young people?The adults in positions of authority no longer see themselves as spiritual ambassadors, but as agents of state control.
And so it goes with children and adolescents looking for God other than in the institutional church which has let them down and failed to protect them and nurture them. For evidence of this failure to nurture all one has to do is turn on the news, go to Twitter, log onto Facebook where the evidence of abuse, degradation, demeaning subjugation is prolifically evident.
The connection that children and adolescents need is with adults of integrity who are honest, genuine, sincere, authentic, and loving. They seem to be in short supply and religion has not only failed the children but also the adults who should be caring for them. If adults are to help children and adolescents with their depression, perhaps adults should focus on their own.
Posted by David G. Markham at 7:00 AM

Email ThisBlogThis!Share to TwitterShare to FacebookShare to Pinterest
Labels: The Spiritual Child