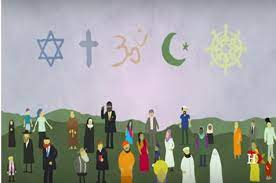 Developmental models are in general agreement that human beings, from birth, go through a series of stages or waves of growth and development. The lower, earlier, junior stages are initial, partial, and fragmented views of the world, whereas the upper stages are integrated, comprehensive, and genuinely holistic. Because of this, the earlier stages are often called “first tier,” and the higher stages are called “second tier.” The difference between the two tiers is truly profound. As pioneering developmental researcher Clare Graves put it, with second tier an individual “goes through a momentous leap of meaning.” That leap is what Integral is all about—Integral Thinking and—yes—Integral Practice. At the Integral stages of development, the entire universe starts to make sense, to hang together, to actually appear as a uni-verse—a “one world”—a single, unified, integrated world that unites not only different philosophies and ideas about the world, but different practices for growth and development as well.

Unitarian Universalism is not what is usually meant by the term “religion”. UU integrates the six sources in an integral fashion. It’s goal is to provide a more holistic, comprehensive, and integrated understanding of the perennial wisdom which has been accumulated by humanity.

Participation in Unitarian Universalism meaningfully assumes a level of consciousness that only a small percentage of humans on this planet currently possess. This is not to say they are superior or elite but rather have simply incorporated understandings at previous stages of development into the subsequent stage.

The manifestation of this level of consciousness is embodied in two of its seven principles: the inherent worth and dignity of every person, and a respect for the interdependent web of all existence of which we are a part. These two principles require what Clare Graves calls a “momentous leap of meaning.”

What is the practice that facilitates this stage of consciousness? It is the development of religious literacy involving the knowledge of the world's great religions and wisdom traditions. This requires study and experience interacting with people from multiple religious traditions. This requires an open mindedness and curiosity that allows investigation and adventure.

Email ThisBlogThis!Share to TwitterShare to FacebookShare to Pinterest
Labels: Spiritual practices for UUs