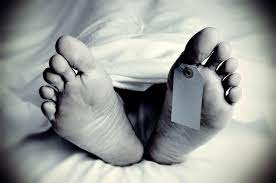 What are UU practices in regards to mortality and death? Send me your experiences and understandings to davidgmarkham@gmail.com or leave a comment.

A recent survey found that only about a third of people had discussed making wills with their partners, or their wishes concerning their funerals. It’s almost as though we believe that dying doesn’t actually happen. At least not to us. The fact is, death is a universal certainty. Yet most Americans’ interactions with it are limited to times of crisis. In a culture that’s obsessed with prolonging life, death is seen as a failure—dark and depressing, macabre and morose. Death is the stuff of thrillers and sad poems. Lauren Bohn, YES!, October, 2019
Posted by David G. Markham at 7:00 AM

Email ThisBlogThis!Share to TwitterShare to FacebookShare to Pinterest
Labels: Spiritual practices for UUs