Where is Unitarian Universalism taking us? 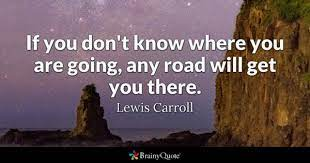 Where is Unitarian Universalism taking us?

The way people have been told they’re supposed to go is not the way they came here to go. And that is why 98% of the world’s people are spending 98% of their time on things that just don’t matter. When you turn that around, you’ll turn your life around.

Unitarian Universalists join together to affirm and promote the free and responsible search for truth and meaning. This sounds good in theory but as a practicality it leaves people drifting and wandering.

Unitarian Universalism would be more helpful if it provided a map or at least a compass. It’s failure to do so leaves the denomination floundering and fighting amongst themselves about what direction the group should take. As Donald Walsch writes “98% of the world’s people are spending 98% of their time on things that just don’t matter.”

The big questions are “Where is Unitarian Universalism headed and where is it taking its members and the world it interacts with?”

Anybody know? Anybody have ideas about these two questions? As Lewis Carroll wrote, “If you don’t know where you’re going, any road will get you there.”

Email ThisBlogThis!Share to TwitterShare to FacebookShare to Pinterest
Labels: Book Discussion, The only thing that matters