What happens when the bullied bully? 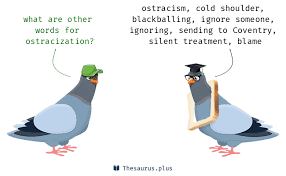 What happens when the bullied bully?

This, understandably, has also led to an emerging pattern of “defensive self-censorship”[63] by those anxious about the possibility of being called out and publicly demonized or humiliated. In addition to making it more challenging for students to “practice the essential skills of critical thinking and civil disagreement,”[64] Coddling says, “Many in the audience may feel sympathy for the person being shamed but are afraid to speak up, yielding the false impression that the audience is unanimous in its condemnation.”[65] It is based upon a few private conversations I’ve had with a small number of other Unitarian Universalist ministers that I anecdotally infer this same trepidation also exists among some in the UUA. There are those deeply concerned about what’s going on at our Boston headquarters, in our theological schools (Meadville-Lombard and Starr King), during clergy gatherings, and, increasingly, in our congregations, yet are afraid to say anything about it for fear of being ostracized. Yet it is my hope enough of us will find the courage to voice our concerns so our religion might enter into a genuine dialogue about these difficult matters.

What happens when people who complain of being bullied become bullies themselves? It is not just the reactive bullying which is a problem but the self righteous indignation which seems to serve as a justification for such behavior. This kind of polarization is destroying the espoused covenantal relationships that so many UUs pay lip service to.

It is time to move the covenant forward with leaders who are differentiated enough that they can develop relationships with all parts of the whole. This kind of cultural maturity is what Charles M. Johnston calls “parts work.” It is what family therapist Boszormenyi-Nagy calls “multidimensional partiality”, and it's what Dr. Dan Papero and Dr. Carrie Collier at the Bowen Center For The Family call “systems thinking.”

Will UU leaders be able to develop the maturity and skills to lead such a multifaceted denomination as Unitarian Universalism? It remains to be seen. There is some glimmers of light on the horizon with leadership popping up in disparate places and the formation of such groups as the Unitarian Universalist Multiracial Unity Action Council (UUMUAC)