Yearning to emerge into something greater than oneself. 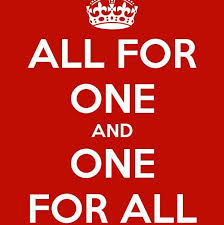 Perception did not exist until the separation introduced degrees, aspects and intervals. Spirit has no levels, and all conflict arises from the concept of levels. Only the Levels of the Trinity are capable of unity. The levels created by the separation cannot but conflict. This is because they are meaningless to each other. T-3.IV.1:5-9

Human beings learn by comparing and contrasting. Science is based on linear reductionism. What about the systemic? What about “the whole is greater than the sum of its parts.” What about the interdependent web of existence of which we are a part?

We forget that the parts are components of the whole and the holy is to be found in relationships.

In Alcoholics Anonymous it is suggested, in step twelve, that we share our spiritual awakening with each other because it is in this sharing that we learn who and what we really are: drops of an ocean, rays of a sun.

As mentioned above, Unitarian Universalists covenant together to affirm and promote a respect for the interdependent web of all existence. The way of the ego is to divide, compare, contrast. The way of the spirit is to unite, to join, to include.