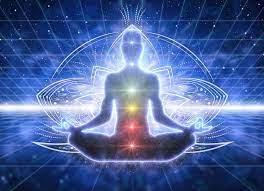 The ego believes it is completely on its own, which is merely another way of describing how it thinks it originated. This is such a fearful state that it can only turn to other egos and try to unite with them in a feeble attempt at identification, or attack them in an equally feeble show of strength. It is not free, however, to open the premise to question, because the premise is its foundation. The ego is the mind’s belief that it is completely on its own. T-4.II.8: 1- 4

The ego likes to think it is self made and in charge until it dawns on them that this belief has made their life unmanageable. Then they begin to search for truth, goodness, and beauty and this search takes them far beyond their ego and they realize that they are part of something much greater than their individual self.

As is written in the verses above the premise of the self made person, the premise that the individual is in charge, is no longer sustainable and the person slowly realizes that they are not completely on their own, but part of something far greater, far more awesome, far more fulfilling.

Today, it is suggested that we give up our narcissistic separateness and join with the Transcendent Life Force and become One with the All.