Relaxing into the Unalterable 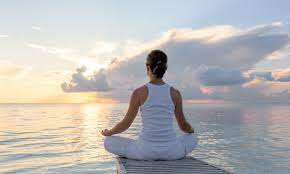 Everyone makes an ego or a self for himself, which is subject to enormous variation because of its instability. He also makes an ego for everyone else he perceives, which is equally variable. Their interaction is a process that alters both, because they were not made by or with the Unalterable. T-4.II.2:1-3

Once again verses in ACIM can make one laugh. We each make an ego and the ego is conditioned and socialized by society. We believe that the ego we have created is real. As we mature, we become aware that the ego is illusionary and is not who we really are.

In Alcoholics Anonymous it is suggested, in step eleven, that we improve our conscious contact with God through prayer and mediation. We step away from the ego and enter into communion with the Unalterable.

Today, it is suggested that we take a moment several times during the day and drop our egos and relax into communion with the Unalterable.