You are the kingdom of heaven. 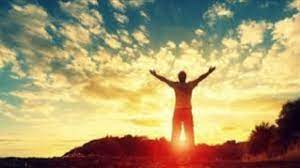 In your own mind, though denied by the ego, is the declaration of your release. God has given you everything. This one fact means the ego does not exist, and this makes it profoundly afraid. In the ego’s language, “to have” and “to be” are different, but they are identical to the Holy Spirit. The Holy Spirit knows that you both have everything and are everything. Any distinction in this respect is meaningful only when the idea of “getting,” which implies a lack, has already been accepted. That is why we make no distinction between having the Kingdom of God and being the Kingdom of God. T-4.III.9: 1 - 7

To HAVE the kingdom of God implies that at one time you were without your Transcendent Source and thus You existed in poverty and deprivation of something which is your natural inheritance and the very essential substance of your being. So the kingdom of God, the spark of the Divine, is not something you have but what you are.