Harry and his sermons 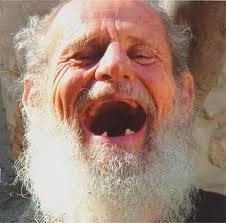 Harry told me while we were drinking coffee on the sidewalk cafe in front of the coffee shop how he quit going to church and started writing sermons for himself.

"I find myself much more informative, inspiring, and entertaining than most of the preachers I've listened to. So I said to myself, 'The heck with this. I'll just write my own,'" said Harry.

And he did. He showed me some of them, and while, at first, I thought the guy was nuts, I really like them. They were great. It seemed a shame that nobody else got to hear them or read them and so I said to Harry one day, "Do you ever give these?"

"I gave some to you," Harry replied.

"No, I mean, do you ever preach them or give a speech, you know, say them out loud?"

"Naw, nobody wants to hear them."

"I think they would if they knew how good they are."

"What are you talking about," I said.

"Oh, if you say anything really important like Jesus, or King, or Gandhi, or Malcom X, or Bobby Kennedy, it can get you killed. Most preachers know that, and they're scared, that's why they never preach anything really important, because people don't want to really hear the truth. It is too threatening, and people will kill the messenger quick as can be. Better to keep things under your hat, take a low profile. The only reason I gave them to you to read is because I trust you, but I wouldn't preach them. No sir. I want to live awhile longer. Maybe when I'm ready to go, I will go public. Jesus, you know waited until the end of His life, because he knew they would kill him. Martin Luther King saw it coming too, predicted it in fact."

"You have some important things to share, and I can see why you choose to keep them secret."

"There is a lot of secret knowledge around, if you have the eyes to see, and the ears to hear, and the mind to understand, but most people don't want to see, hear, or understand, so it flies under the radar," Harry said.

"Did you hear about the shoe factory that burned down last week?" said Harry.