How is the inherent worth and dignity made manifest? 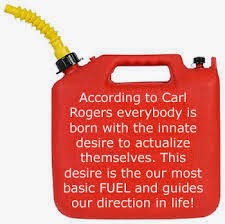 Eric Berne, the psychiatrist who developed a theory of human functioning he called "Transactional Analysis" wrote a book entitled "Games People Play" back in 1964 which describes repetitive patterns of interaction a person engages in which he called a "game". Does this pattern of interaction have "inherent worth and dignity"?

It is written in the next paragraph:

"You can speak from the spirit or from the ego, as you choose. If you speak from the spirit you have chosen to "Be still and know that I am God." These words are inspired because they reflect knowledge. If you speak from the ego you are disclaiming knowledge instead of affirming it, and are thus dis-spiriting yourself. Do not embark on useless journeys, because they are indeed in vain. The ego may desire them, but spirit cannot embark on them because it is forever unwilling to depart from its Foundation." T-4.Intro.2:1-6

Does what is referred to in ACIM as "ego", or what Eric Berne refers to as ego-states have inherent worth and dignity? The ACIM teaches what it calls the ego is an illusion, it isn't real, and Eric Berne also describes the ego states as a social construction which requires analysis if there is to be an understanding that would lead to changes to improve functioning.

The UU first principle is "the INHERENT worth and dignity of every person." What does this word "inherent" mean in the context of this statement? I am taking it to mean the divine spark within the person which is often hidden from view because of the work of the ego. The opposite of inherent would be manifest. One aspect of "inherent" is that it is hidden not visible. "Inherent" may mean dormant or unrealized, having potential but not actualized.

It would seem that this word "inherent" implies that there is a seed of the divine within us that may not have germinated or it may have begun to sprout and grow and yet not blossomed and born fruit. The idea of inherency is that there is growth yet to be realized, potential yet to be actualized, a hidden quality yet to be made manifest. To use the words of ACIM "The truly inspired are enlightened and cannot hide in darkness." How to call the inherent worth and dignity forth? How to make the inherent worth and dignity manifest? This is the function of religion.

ACIM reads, "You can speak from the spirit or from the ego, as you choose." The choice is ours, and as I get older I find so many people talking from the ego rather than from the spirit that I am fatigued by "the useless journey". I rarely watch TV anymore, and I use the social media very sparingly. I am very skeptical about attending committee meetings and have dropped out of many. I am increasingly careful about who I spend time talking with because I have grown increasingly fatigued and alienated by "drama".

Linda McCullough Moore, in her story, "On My Way Now", in The Sun in April, 2014, writes, "I see now that my mother, all her life, was playing to an audience. I think it's how she would have liked to end her days:onstage." p.21

Have you noticed with some people "there is always something"? "Be still and know that I am God." counsels ACIM.

While the "INHERENT worth and dignity of every person" is something I can believe in and covenant to affirm and promote, I also know that I can't stop there with myself or with others because the real effort is to make this inherent worth and dignity manifest, to actualize it. How do we do that?