Story of the day - The Bullshit Express 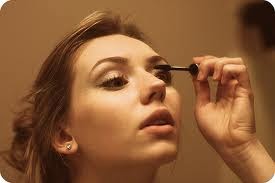 John Lago, the young hit man in Shane  Kuhn's novel, The Intern's Handbook, says on p. 37 "Our minds are not interested in truth. They are our private twenty-four hour news cycle putting a constant spin on reality. It's like the Matrix. Everyone is plugged into the Bullshit Express."

"Really," said Greg, "I think he hits it right on the money."

"What about the cosmetics you wear that were tested on monkeys in that lab in Riverside? You think that's right, that animals get exploited to see if the chemicals they put in that shit will harm humans? They're just using them like guinea pigs. When did that term "guinea pig" even come to mean what it means if we humans didn't exploit animals for our own benefits which, at times, are pretty superficial and vain," said Greg.

"I don't think it's such a big deal," said Alicia. "Are the animals really harmed or inconvenienced?"

"I don't know if you're sweet or being a dick," said Alicia.

"I don't know if it's fair or not to be testing cosmetics on the monkey's. I guess they really don't have a say in it do they? And if they could talk would they agree to it? What do they get out of it except an allergic or toxic reaction sometimes. But they are well cared for, I assume, fed, looked after. They must get medical care. So I don't know how bad can it be?" Alicia mused.

"Go ahead, rationalize, justify, twist it around to make it seem okay."

"I don't want to talk about this anymore," said Alicia. "I have to go put my make-up on before we go out."
Posted by David G. Markham at 7:00 AM