Are we looking for the divine spark in everyone? 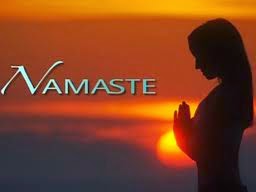 This month, August, 2014, UU A Way Of Life will be considering and discussing the third principle of Unitarian Universalism: We covenant to affirm and promote acceptance of one another and encouragement to spiritual growth in our congregations."

Ten years ago I attended a UU church in a small rural community and the question came up of whether we wanted to go though the process to become certified as a "Welcoming Community" open to welcoming gay and transgender people to our congregation. There were some gay people already in the congregation, but the idea of going public scared some of the members. "I don't know if it's a good thing for us to become known as "the gay church" in our community. It might create more problems than it resolves." It is one thing to think one thing in private, but to go public is a big step and this church decided not to do it.

We tell ourselves we are open minded, and not racist or homophobic or sexist or discriminatory in any way and perhaps, in our own heart we are not, but to go public with our beliefs especially when they run counter to community norms takes courage and bravery that is all too often sadly lacking. It has been said that America is most segregated on Sunday mornings when we Americans go to church.

Structural and institutional discrimination is prevalent in our society, and while we are sometimes aware of this we don't want to say anything because we are quite comfortable enjoying the security of the practices in place even though we know they go against our consciences. In one UU congregation a person accused of sexually offending was singled out and stigmatized based on the church policy and a few years later was found not guilty of the offenses which he had been charged with. During this period of time, the person left the UU church and attended a protestant church of another denomination where he was welcomed. The UU policy was developed in response to the pedophile priest scandal and the heightened sensitivity and frightened alarm of the time. Congregations rushed to develop policies to assure "safe congregations", but, often wound up with bureaucratic rules which were antithetical to just, equitable, compassionate pastoral care.

I remember being told when I was a teenager that churches were hospitals for sinners, but all too often sinners are stigmatized, and treated as pariahs as we pay lip service to the idea of acceptance of one another with compassion. And so, it becomes unclear what is meant by this idea of acceptance. As Carolyn Owen- Towle writes in her essay on the third principle in "With Purpose and Principle: Essays About The Seven Principles Of Unitarian Universalism" edited by Edward A. Frost, "It is within our capacity to accept someone for their intrinsic worth without necessarily accepting what they believe or how they act. That, in fact, is what we are obliged by our principles to do. But, it does take a certain amount of maturity to separate being from behavior." p.47

As a Narrative Therapist, I have been taught that the problem is the problem, the person is not the problem. We can accept the person, and reject the problem. It is in making this distinction that spiritual growth can occur. People think, feel, and do insane things. The ego can create treacherous scenarios for itself and others, and stepping back and getting things into perspective, we recognize that living on the ego plane can be hell. The miracle, according to A Course In Miracles, is a shift in perception to the spiritual plane, and this miracle is enacted when UUs apply this third principle in looking, like Peace Pilgrim, for the divine spark in everyone and welcoming it so it can be manifested in our lived relationships.
Posted by David G. Markham at 7:00 AM