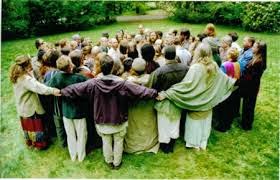 In her fifth chapter of The Green Boat entitled, “Finding Shipmates,” Mary Pipher describes the coalition she got involved in during 2010 – 2011 in Nebraska to fight against the TransCanada, XL pipeline crossing Nebraska from Alberta, Canada to Illinois and Oklahoma. Here is part of what Pipher writes, “All of us were progressives who had worked for causes all our lives. None of us seemed to vote for a candidate who won.” P. 101 I laughed to myself when I read those two sentences. I thought to myself, these are my kind of people. I would fit right in. I wondered if Mary Pipher might be a Unitarian Universalist, but alas, she calls herself the world’s worst Buddhist.

Pipher discusses the community organizing that went on and the unlikely alliances that formed such as between liberal tree-huggers and conservative ranchers. She writes, “Our coalition was allowing us to turn our individual anger, fear, and sorrow into something better and stronger. Working together, we were experiencing what Nelson Mandela called ‘the multiplication of courage.’” P. 113

The values, the principles of Unitarian Universalism are very counter cultural, when they are applied and brought to bear in American society. In the situation, Pipher is concerned with in the Green Boat, the concerns are climate change and ecological integrity which are directly related to UU seventh principle, “respect for the interdependent web of all existence of which we are a part”, and the second principle, “justice, equity, and compassion in human relations.” It would seem odd, at the face of them, that these principles, which everyone superficially agrees with, would place UUs at odds with people, and corporations, who want to build a possibly toxic pipeline of oil through the heart land of the United States only to allow the production of more carbon into the atmosphere from America.

It is easy for a single individual to feel defeated, demoralized, overwhelmed by a sense of impending doom, until that individual finds other like minded people to stand in solidarity with to advocate for principles and values that will significantly affect policy making and legislation that govern our communal life together in our community, state, nation, and planet.

It takes energy and courage and bravery to stand up for what is right not just profitable and expedient, and it is easier to do when one is not alone but is supported in the effort. Religion can provide this support on many levels, the cognitive, emotional, spiritual, social, and cultural. The Unitarian Universalist faith is a faith for this time in human history and provides what Mary Pipher wrote that Nelson Mandela called the “multiplication of courage.” This religion may be helpful for a progressive person of faith whose beliefs never seem to gain the popular support of the majority nor whose candidates usually win.

Mary Pipher seems to have overcome her depression, and I have too, and hopefully you will never become depressed, but if you do, remember it is temporary and you can get by with a little help from friends.

My Kind Of Church Music - With A Little Help From My Friends, the Beatles