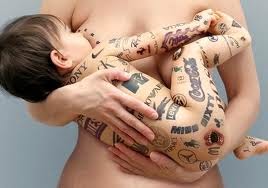 The capitalistic system is based on the bottom line, profit. In our contemporary world where most physical needs are now easily met, capitalism has moved on to create a perception of needs in people that they didn't know they had before so that these people will buy the corporations goods and services. In order to create this perception of need, modern marketing techniques are created, refined, and promulgated on a global level. These marketing techniques are based on dividing practices where they compare one person with another, one group with another with one person or group appearing to be deficient, inadequate, and/or vulnerable in some way losing in the manufactured competition and comparison. The world has been skillfully divided into the haves and the have nots and it has given rise to jealousy, envy, greed, contempt, disdain, bullying, exclusion, isolation, and attack.

Into this capitalistic culture comes Unitarian Universalism which, as its first principle, counters all this with a value that every person has inherent worth and dignity. Nothing could be more counter cultural in a capitalistic society which operates and profits on the opposite value that some people are better than others and that many people without the corporation's product or service are unworthy and without dignity. Is it any wonder that Unitarian Universalism is such a small denomination when its primary value is overwhelmed by an economic narrative that constantly undermines it?

Unitarian Universalists have few fellow pilgrims journeying through this world other than groups like the Amish, and people who take religious vows of poverty. Is it possible for UUs to also take vows of poverty and develop more communitarian life styles? Perhaps communities should be started for UUs who take their principles seriously and want to live a life style more congruent with the values we espouse. The serious application of the first principle would lead to eschewing the capitalistic propaganda that human life is improved through gratuitous materialism. A first step might be to simplify one's life style and donate one's surplus to those in genuine need.
Posted by David G. Markham at 1:12 PM

Email ThisBlogThis!Share to TwitterShare to FacebookShare to Pinterest
Labels: Chris O'Connor, Principle 1 Worth and Dignity