Are you holy? Unitarian Universalism teaches that you are 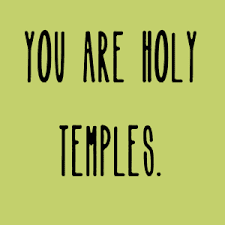 The idea that "the person" is made up of the social roles he or she plays is a significant and powerful idea. Our beliefs in what we should think, how we should feel, and how we should behave is strongly influenced by peer pressure which come from the norms and attitudes of our reference groups.

We often accept the idea of "free will" but upon closer study it becomes apparent, sometimes to our shame, that our behavior, thoughts, and feelings are more influenced by social dynamics and environmental circumstances than by individual awareness and decision making.

The social psychological research of pioneers in the field of social psychology like Stanley Millgram and Solomon Asch demonstrate that human behavior is more determined by social expectation than by individual autonomy. These findings have significant implications for our moral and spiritual awareness and development. Mr. Markham referred to this with his examples of people in recovery doing a relapse prevention plan where the person is asked to focus on his/her triggers and when necessary to avoid or diminish the influence of those triggers by changing his/her "people, places, and things." The Our Father, the great Christian prayer, says in part, "...and lead us not into temptation, but deliver us from evil..." Evil in this context refers to separation from God and further enmeshment in the ego plane. What are the triggers in our lives that cause a relapse, meaning a shift from miracle thinking to the activities of the ego?

The "miracle" as Mr. Markham refers to in his third class is a higher level of consciousness which is focused on the spiritual plane of the holy, not the drama of specialness and scarcity. When Unitarian Universalism points, in the first principle, to that idea that every person has inherent worth and dignity, it is saying that every person is holy. What if we started treating everybody this way? In order to do this, we must first include ourselves. Do you think and feel yourself to be holy, that is a person of inherent worth and dignity? Unitarian Universalism teaches that you are while other religions teach that you are a sinner. This religious belief that people are inherently defective and sinful is a false teaching opposed to the insight and awareness of UU. Will you join the effort to spread the good news that people are holy?
Posted by David G. Markham at 9:58 AM