Prophetic voices and events - Resignations of Agnew then Nixon 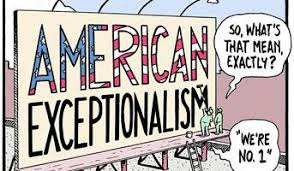 On January 9, 1913, Richard M. Nixon, was born in Yorba Linda, California. His political career and Presidency is better known for scandal, corruption, and infamy as he was forced to resign on August 9, 1974 rather than be impeached over the Watergate scandal. His vice president, Spiro Agnew, also resigned due to corruption offenses earlier in the administration's tenure on 10/10/73 after being elected with Nixon to a second term.

Americans who are prone to "exceptionalism" often overlook their own history which is littered with corrupt leaders who they elected to office and then were negatively impacted by their elected leaders mistakes and incompetence.

The culmination of voter ignorance and imperviousness has been their election of Donald Trump to be President of of the United States. Voter ignorance and poor choices should give pause to those who place too much faith in electoral democracies.
Posted by David G. Markham at 7:00 AM