Today's lesson - Forgiveness is my function as the light of the world. 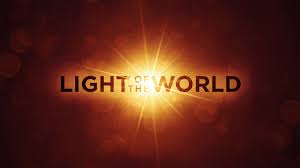 Today's lesson, number 62 in A Course In Miracles, is "Forgiveness is my function as the light of the world."

"Forgiveness" means something different in A Course In Miracles that what it means in every day use. "Forgiveness" in A Course In Miracles is a letting go, or a rising above, the path of the ego recognizing that the path of the ego is a projection and therefore an illusion. The projection of the ego is usually an attack which occurs in special relationships where the illusionary belief is "one or the other." Unconsciously, we believe that one or the other of us is guilty because of our separation from God and it is only a matter of time before God seeks revenge for our rejection and abandonment of Him.

"Forgiveness," the miracle, recognizes that this belief that one or the other of us has to be guilty is just an illusion, and we decide to choose to let our belief in this illusion go. Today's lesson teaches us that this letting go of this fomerly unconscious illusion is my function as the light of the world.

In Unitarian Univeralism we covenant together in a Holy relationship based on seven principles which help us overcome attack and our belief in "one or the other" in our special relationships. In particular we covenant together to affirm and promote the inherent worth and dignity of every person recognizing that our brothers and sisters are part of us and we are part of them as we affirm and promote the respect for the interdependent web of all existence.

This affirmation and promotion of principles one and seven is the UU way of forgiving the mistakes made on the path of the ego and in this letting go of the dynamics of "give to get" and "one or the other" we become the light of the world.