Today's lesson, number 80, "Let me recognize my problems have been solved." 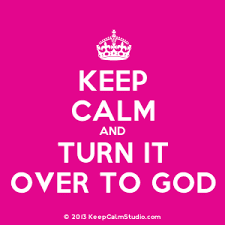 Today's lesson, number 80 in A Course In Miracles, is "Let me recognize my problems have been solved."

Problems take many forms but deep down, at the bottom of things, it all comes to one thing: we have separated ourselves from the nondualistic Oneness that we call Tao, or God.

The tiny mad idea that we could separate ourselves from God and become the author of our own life is ludicrous, insane, delusional.

When we step back, get things in perspective, and apprehend the vastness of the Universe, we understand that our individual self is a drop in the ocean and the breaking up of the Oneness of the Tao into myriad of forms is but an illusion, an optical illusion, for all those forms are but parts of the same thing, the Oneness of the Divine Force or as Unitarian Universalists call it the "interdependent web of all existence".

When we realize from whence we came, and to which we return, and in which is the ground of our present being, we realize that any problems I think I have is an illusion and drama.

As I give up my grievances and resentments and surrender to the flow of the Tao, the ying and the yang, the Higher Power, I realize that all problems are petty, trivial, and have been solved. As psychologist, Richard Carlson, advised, "Don't sweat the small stuff and it's all small stuff."

Today, I will set my grievances and resentments aside and, taking a deep breath, recognize that not only have my problems been solved, but they never really existed in the form as I mistakenly thought they did.