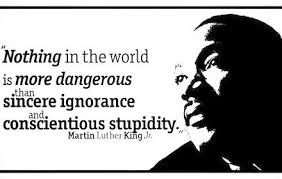 Chapter Twenty
Lack of religious knowledge leaves us with psychobabble.

Broader Christian literacy is also hard to find. Many a proponent of inter-religious dialogue assumes that Christians know their own religious traditions. In fact, interreligious dialogue assumes basic knowledge on both sides of the religious divide that the discussion is designed to bridge. But this assumption is hollow, at least in the United States. Many American Christians here do not know that Easter commemorates the resurrection of Jesus or that the Trinity comprises the Father, Son, and Holy Spirit. Many Baptists cannot tell you how their denomination understands its signature rite of adult baptism. Many Methodists will simply shrug if you ask them about their denomination’s distinctive doctrine of sanctification. And many Lutherans have no idea who Martin Luther is. A professor at a prestigious seminary in the South reports that she spends considerable time in her church history courses on what might be called “Denominations for Dummies,” basic information that in the past would have been covered in the elementary grades of Sunday schools (or public schools) but is lost on her ministers-in-training today.

While mainline Protestant churches are rapidly losing members, nondenominational Christian churches are gaining members and some are referred to as “mega churches.” Why would this be? Is it that memories of the past are no longer relevant in current times even if facts that led to schism and denominational formation are remembered which often they are not?

I have had several people over the years, good nondenominational Christians. ask whether Catholics were Christian? Are Presbyterians? Are Methodists? Are Baptists? Are Mormons? Are Jehovah Witnesses?

No interfaith dialogue can be held if participants know nothing or very little about their denomination and religion. Does anyone know or care about the religious tradition of Billy Graham and his son Franklin, or Pat Robertson, or Ernest Angely, or Jerry Falwell, and Joel Osteen, or Bishop Robert Barron, or Eckhart Tolle, or Marianne Williamson, or Joyce Meyer, or Joan Chitterson, or Pema Chodron, or Mother Teresa?

Unitarian Universalists state that two of their six sources for their Living Tradition are “Words and deeds of prophetic women and men…” and “Wisdom from the world’s religions…” And yet little effort and energy is spent in educating congregants so they can become more religiously literate.

Perhaps one of the reasons that Unitarian Univeralism remains such a small denomination is that it’s denominational memory, and knowledge of other faith traditions is so circumscribed and weak. Without a robust understanding of its own history, and the history and current beliefs and practices of other faiths, Unitarian Universalism has relegated itself to nothing more than popular psychobabble.

Editor's note:
If you become a UU  A Way Of Life patron between 03/16/20 and 3/31/20 you will receive a free paperback copy of Stephen Prothero's book, Religious Literacy. Click the orange button in the upper right hand corner, "Become A Patron" and support our mission and get a free book.