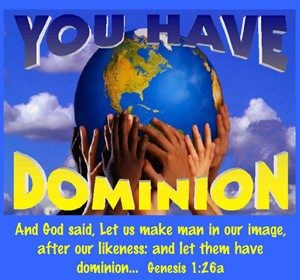 Chapter Twenty one
What is the ecosystem narrative guiding human management of climate change and pandemics?

What can the world religions teach us about the coronavirus pandemic?

Most Christians have believed that God told Adam and Eve and their successors to dominate the earth. Most Christians believe that God not only gave permission to Adam and Eve but ordered them to subjugate Mother Nature to their needs, whims, and desires. It is written in the first book of the Jewish and Christian bible, Genesis:

Genesis 1:26-28 King James Version (KJV)
26 And God said, Let us make man in our image, after our likeness: and let them have dominion over the fish of the sea, and over the fowl of the air, and over the cattle, and over all the earth, and over every creeping thing that creepeth upon the earth.

28 And God blessed them, and God said unto them, Be fruitful, and multiply, and replenish the earth, and subdue it: and have dominion over the fish of the sea, and over the fowl of the air, and over every living thing that moveth upon the earth.

Now with climate change brought about by human activity and the coronavirus infecting the people of the Earth we could cynically ask, “How is that dominion thing working out for ya?”

Unitarian Universalists embody their values in their seventh of seven principles which is “to affirm and promote a respect for the interdependent web of all existence of which we are a part.”

The narratives of the world religions of homo sapiens ' relationship with the earth are thinly developed in our contemporary discussions which are saturated with technical, scientific jaron of meaning most of which is sequestered to the point of denial and minimization.

It is time to rejuvenate and explicate powerful stories about  homo sapiens' relationship with Mother Nature. Instead of apocalyptic and dystopian movies and novels, religious leaders and theologians should step up and help us understand what is happening to us as a species not only on a biological, physical level, but at a moral and spiritual level.

It seems plausible that homo sapiens will study, better understand, and manage the coronavirus pandemic, but the social disruptions being caused by this pandemic will take generations to stabilize and the religions of the world can be a significant factor in promoting spiritual well being in these times of rapid change.