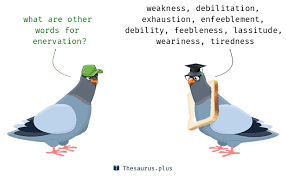 In the second essay entitled “I want a divorce” in his book of three essays, The Gadfly Papers, Rev. Dr. Todd Eklof discusses the history  of Unitarianism, Universalism, their merger in 1961, and the resulting “identity crisis” which has plagued the denomination ever since.

Our common quest for the elusive “elevator speech” to explain what Unitarian Universalism means is but one symptom of our own organization’s identity crisis. After more than five decades since the merger, many Unitarian Universalists still don’t know how to adequately describe their religion to themselves, let alone to others. Some find it with so little meaning of its own that they feel compelled to add other traditions to the mix, describing themselves as Buddhist UUs, Christian UUs, Pagan UUs, Humanist UUs, etc., etc.

The passage above is humorous and sad. Unitarian Universalists covenant together to affirm and promote seven principles which flow from six sources. They are easily summarized on  a colorful bookmark sold by the UUA bookstore. It is easy to describe the UU religion if one is properly educated and trained which most are not. The mystery is why not?

The failure to properly educate Unitarian Universalists in the fundamentals of their faith is because they are too easily captured by social justice special interest groups who want recognition for their grievance rather than a deeper understanding of the spiritual nature of their existential dilemmas.

UU has lost its way because of the failure of its clergy and lay leaders to pursue a spiritual journey rather than a secular quest. UU has been enervated by its mission creep. What it needs is a spiritual revival so that it can regain its mission in the world and its vision of the fulfillment of what it might become: a conduit of spiritual solace to a weary world.