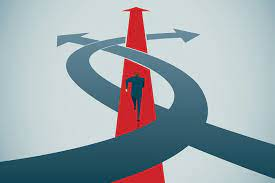 Since, and this again is the point, there is no consistency regarding when or how a word might be determined offensive, PC also has a chilling effect on any kind of meaningful dialogue, as, again, is its purpose. “In our identitarian age,” Shadi Hamid, of the Brookings Institute, says, “the bar for offence has been lowered considerably, which makes democratic debate more difficult—citizens are more likely to withhold their true opinions if they fear being labeled as bigoted or insensitive.”[70]

Hence, within the deafening, though comfortable, echo chamber political correctness fashions for itself, in which its practitioners hear only their own unchallenged and unexamined absolutisms bounced back to themselves, real people are silenced, publicly shamed, demonized, or have their motives and minds uncharitably and unethically psychoanalyzed by those with no qualifications for doing so.

Under the banner of “Political Correctness” speech and thinking is squelched. This is antithetical to the Unitarian Universalist principle of affirming and promoting  the free and responsible search for truth and meaning.

Many times in Unitarian Universalist meetings people seem to be afraid to say what they think. There is judgmentalism in the rooms that leads to a lack of genuineness, sincerity, and authenticity. How is spiritual growth to be nurtured and encouraged when participants are not free to explore their own souls? Once again in the pursuit of social justice, spirituality is marginalized and repressed. This is another example of how Unitarian Universalism has lost its way and forgotten its mission which is primarily to encourage and nurture spiritual growth. It is a religious organization not a social justice agency.

The perversion of UUs mission and vision is a failure of leadership in all components of the organization. Unitarian Universalism needs a revival, a self reckoning, which, hopeful, would help the organization refocus on what’s really important, which is facilitating the search for the Divine in all aspects of our human experience.