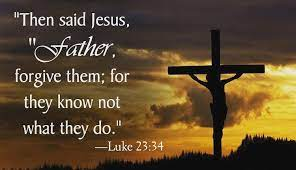 I inspire all miracles, which are really intercessions. They intercede for your holiness and make your perceptions holy. By placing you beyond the physical laws they raise you into the sphere of celestial order. In this order you are perfect. T-1.1.32:1-4

The “I” in this principle is the Jesus of A Course In Miracles. Jesus tells us that the miracle, the shift in perception from the world of conditional love to unconditional love, is an inspiration of our and other peoples’ holiness. This holiness is beyond the physical world and resides in the Transcendent Source of which we are a part.

Jerry was a client of mine in psychotherapy. He is an avowed white supremacist and uses the n word freely as he describes the inferiority of black people as compared to white. I told him I don’t agree with his views but I understand how he has come to the conclusions which he so freely, at least, with me professes.

Jerry is a difficult client for me to love. After a 2 year year relationship Jerry says to me one day, “You know Dave, I know you don’t agree with my beliefs but this is the one place I can say what I think and feel. Jerry had tears in his eyes as he said this almost in an apologetic way as his racist thinking subsided. Freud said something along the line of “You can talk it out or act it out.” I wonder whether having a safe place to express his racist thoughts and feelings even in an atmosphere of disagreement coupled with unconditional love made it less likely that Jerry would act out his racist beliefs?