A Course In Miracles Workbook Lesson #198, Only my condemnation injures me. 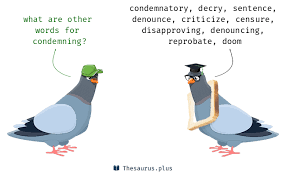 Lesson #198
Only my condemnation injures me.
Most people have probably heard the saying “judge not that you will not be judged” and don’t really understand what it means because they don’t understand the metaphysical model underlying the meaning of the saying.
In A Course In Miracles it is taught that we all are One, one big Self with a capital S. What we do to others spiritually we do to ourselves. So if we condemn others we are condemning a part of Ourself. So, “only my condemnation injures me.”
The opposite of condemnation is forgiveness.
In Alcoholic Anonymous, it is suggested in step nine that we make amends to all the people we have harmed and by doing so have blamed them, attacked them, abused them, misused them, caused pain and suffering. It is an important part of recovery to give up the condemnations and instead to forgive and take responsibility for our own state of mind.
In Unitarian Universalism we covenant together to affirm and promote the inherent worth and dignity of every person. We come to appreciate that there is nothing inherent in any person to condemn or we condemn a part of our Self. So when it comes to condemnation we stop it. We just stop it. And if we are annoyed, aggrieved, resentful, hurt, we rise above it and take responsibility for ourselves and stop making other people responsible for our own unhappiness.
Today, throughout the day, it is suggested that we review our experiences and realize that only my condemnation injuries me and I would be far better off if I forgave instead and set everyone free..
Posted by David G. Markham at 8:55 AM